This post was updated from the one originally dated 26th June 2017.

We all know how difficult it can be to enforce rules in class. Often students rebel against what they see as a constant stream of ‘Do this, do that.’ Or ‘Don’t do this, don’t do that.’ Is there a better way to set boundaries and keep an ordered class? We think so!

Set their own rules

In my classes the students set their own rules. We sit down at the beginning of each class and decide what our rules will be. Pictured is an example from my 6-8 year old Prague Youth Theatre Juniors.

I allow the students to make silly suggestions and find a way to make this useful for our class (e.g. no jumping over pigs). Students are also aware that I can veto a rule that is unhelpful. Our list includes an inside joke about poor Ilian who was sick in the theatre before a show.

In your rule setting conversation, make helpful suggestions of the things you would like on the list and see if your students agree. By playing around with your wording, you can get just about anything on the list and have the kids think it was their idea!

Once the rules are set they then decide what their consequences will be for breaking them, such as missing out on an incentive activity.

This is a great way to encourage students to regulate their own behaviour and manage their own improvement.

Why does it work?

It’s much easier to enforce the rules when the students set them themselves. By allowing the kids to make these important decisions, you’re showing them trust. Trusting your student helps to build a healthy bond of mutual trust. When the children recognise this trust from you, they learn how to trust themselves which ultimately leads to an increase in confidence and an ability to make decisions.

Not only are you building their confidence and self-trust, but you’re building their sense of responsibility. They understand the importance of rules and why they are in place. They become more aware of the needs of the overall group and how their behaviour can impact this. They’re constantly monitoring themselves and their peers and observing both desirable and undesirable behaviours.

You all become a united team

When the students are monitoring themselves and each other, they encourage good behaviour from their peers. The group can be quick to respond (ensure this happens respectfully) when rules are broken. This means that problems are stopped dead in their tracks before they get out of hand. It also means that you are not thought of as the enemy. You’re simply there to ensure that the students are respecting all other members of the group – including you!

You’re also going to encounter so much less rebellion against the rules overall and at moments when you need to enforce them. It’s much easier to reason with a child who has broken a rule they agreed to than one who feels a rule was imposed upon them. The children are more aware of the rules and the effects of breaking them which can help them show more respect to each other and reduce conflict between students.

It helps the kids to monitor their progress

It makes sense to regularly check in with the group to see if they’re still happy with the list. After a particular incident, you’ll usually find that someone has a new idea to add. This idea can help you to avoid the same problem in future and is a great way to ensure the kids are always reflecting on their own behaviour. Be sure to highlight how well things are going and all of the great behaviour they have displayed!

Try it with your class and let us know your favourite funny rule. 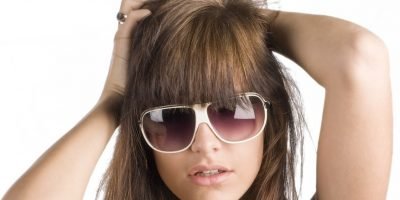 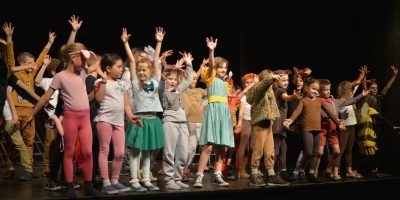 As a drama teacher, one of the greatest struggles I've faced is trying to keep my whole cast engaged throughout...