If you’ve been following Silly Fish Learning for a while, you’ll know our name was inspired by a quote from Albert Einstein. But after a little more research, we’re not so sure it’s something he really said… Then we stumbled across a few other things about the genius that have been twisted over time. Let’s investigate further.

The quote in question is the following:

“Everybody is a genius. But if you judge a fish by its ability to climb a tree, it will live its whole life believing that it is stupid.” – Albert Einstein? Or was it…

When checking the specific wording, I stumbled across an article on Quote Investigator saying there is no substantial evidence that this quote originates from Einstein. They can pinpoint the first time it was attributed to him, but when it was said. The earliest print version of this statement was recorded in 2004 by self-help guru, Matthew Kelly, who quoted Einstein in his book. Sounds legitimate…

Why did we believe this was an Einstein quote?

Grammatically, it’s not great. Sometimes I don’t worry so much about my grammar because we like to keep things informal at Silly Fish. Certainly when speaking, it’s quite common for grammar to be a little off to fit in with colloquialisms. If this quote was supposed to have been written by Einstein, I find that a little hard to believe. As a verbal quote, I can get behind it a bit more. Some people still think it’s a bit of a stretch if you look at Einstein’s word choices in verified quotes. What made us believe they were his words is the common opinion that Einstein failed at school. Turns out that isn’t true either.

This myth originates in part due to the grading system at the time. In Einstein’s final year at the Cantonal School in Aargau, the school reversed its grading system. ‘6’ had previously been the lowest mark and ‘1’ the highest. After the grading system changed, Einstein had grade 1s recorded, leading some to believe that he had failed. Actually, at the time when he sat his exams, 1 was the highest grade attainable.

It’s often stated that Einstein failed math. This isn’t true either. He did fail his entrance exam to the Federal Institute of Technology in Zurich, but this was in most part due to his struggles with the French language. His mathematics grade was outstanding. A year later he was able to pass the exam and gained entrance to the school. At this time he was only 17 and still a year younger than his classmates.

What Einstein did have a problem with was the education system, and we kind of agree. He believed that memorizing facts is not an education. An early example of his rebellion was when, aged 5, he threw a stool at his teacher to protest their style. We’re not down for that. Respect your teachers y’all.

Einstein hated school even though he achieved good grades. This often led teachers and institutions to dislike Einstein in equal measure. Perhaps this created the idea that he was a ‘bad’ student. This may be what led a schoolmaster in Munich to famously write that he would ‘never amount to anything’ on his 1895 school report card.

If Einstein didn’t say it, where did it come from?

There’s no record of this direct quote but the idea it represents was first recorded in 1898 in the essay ‘An Educational Allegory’. Written by Amos E. Dolbear under the pen-name ‘Aesop Jr’. the essay reads:

A long time ago, when the animal creation was being differentiated into swimmers, climbers, fliers, and runners, there was a school for the development of the animals. The theory of the school was that the best animals should be able to do one thing as well as another; and if there was an apparent aptitude in a given animal for doing one thing and an apparent inaptitude for doing other things, the time and effort should be spent upon the latter instead of the former.

If one had short legs and good wings, the attention should be given to running so as to even up the qualities as far as possible. So the duck was kept waddling instead of swimming, the pelican was kept wagging his short wings in the attempt to fly. The eagle was made to run and allowed to fly only for recreation, while maturing tadpoles were unmercifully guyed for being neither one thing nor another.

All this in the name of Education.

Nature was not to be trusted in her make up of individuals, for individuals should be symmetrically developed and similar for their own welfare as well as for the welfare of the community. The animals that would not submit to such training, but persisted in developing the best gifts they had, were dishonored, called narrow-minded and specialists, and special difficulties were placed in their way when they attempted to ignore the theory of education recognized by the school.

No one was allowed to graduate from that school unless he could climb, swim, run, and fly at a certain prescribed rate. So it happened that the time taken by the duck in learning to run the prescribed rate had so hindered him from swimming that he was scarcely able to swim at the prescribed rate, and in addition he had been scolded, threatened, punished, and ill-treated in many ways so as to make his life a burden, and he left school humiliated, and the ornithorhyncus could beat him either running or swimming. Indeed, the latter carried off the prize in two departments.

The eagle made no headway in climbing to the top of a tree. Though he showed he could get there just the same, the performance was counted a demerit, as it had not been done in the prescribed way.

An abnormal eel with large pectoral fins proved he could run, swim, climb trees, and fly a little; he was made valedictorian.

The general point of this essay is certainly something we can say Einstein believed in. Pay particular attention to these lines:

The animals that would not submit to such training, but persisted in developing the best gifts they had, were dishonored, called narrow-minded and specialists, and special difficulties were placed in their way when they attempted to ignore the theory of education recognized by the school.

We can certainly say that the above reflects Einstein’s own school experience. Animals in a school setting were a tool utilised by many writers to criticise the education system. This resulted in the Silly Fish quote being attributed to Einstein (a silly fish himself) in 2004.

So what did Einstein say?

Regardless of whether or not we can attribute this particular quote to Albert Einstein, he said many thought-provoking things that inspire us! Here are a few favourites.

“It is the supreme art of the teacher to awaken joy in creative expression and knowledge.” – Albert Einstein

“The true sign of intelligence is not knowledge but imagination” – Albert Einstein.

Regardless of the origin of this quote, it so accurately expresses our opinion on the education system and inspires us to find new ways to engage children and bring out their own unique inner-genius. 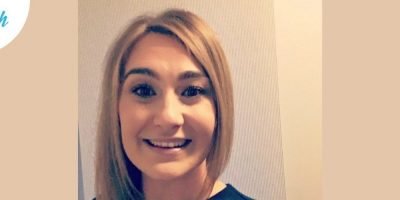 Kyle Eastwood is the director of Frenzy Drama UK and has been teaching drama for seven years! She gave Silly... 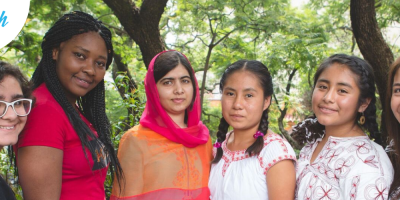 Cover image credit: Alicia Vera for Malala Fund. Any list of inspirational leaders in the field of education would be...